The Chief Complaint Officer (CCO) at the Pfälzer Klappverein e.V. (PKV), responsible for ensuring safety, order and cleanliness is Michi Hofmann, and he does his job very conscientiously.Quite a few people say he constantly grumbles about everything and is a real stickler for detail.

At the club’s last annual general meeting in Drachenbronn-Birlenbach, France, he once again gave the board a good dressing down. This time, the lack of implementation of the statutes was his reason for grumbling.

Specifically, the lack of international orientation was a thorn in his side: „In § 2.1 b of our statutes, it is clearly stated that the PKV must promote the international spirit, tolerance in all areas of culture and international understanding. And what do I have to conclude? Absolutely nothing! Except for sporadic contacts to the Saarland – absolutely missing! Hereby I request the stringent conversion of this statute order and expect soon execution! Basta!“

In desperation, the two board members, Chief Executive Officer (CEO) Peter Zürker and Chief Communications Officer (CCO) Holger Gockel, turned to the Folding Bike World Federation (FBWF). The FBWF forwarded the call for help to Sepeda Mini Indonesia, because they care about vintage 20 inch bikes with hinges in the Pacific region. They look after many thousands of riders, organized in so-called chapters.

Indonesians are very good singers and incredible party people.
The Indonesians are only willing to accept PKV as the first foreign chapter, if the Germans would send a musical friendship request in the form of a sung video message.

The Palatines did not want to miss this chance. The project management at PKV was taken over by Chief Entertainment Officer (CEO) Bernhard Sperrfechter, who created a catchy earworm from German and Asian elements in no time at all. Then each of the 20 singerys recorded their song at home with film and sound, and Sperrfechter put the individual puzzle pieces together to form a great whole.

This intoned recording application now goes to Indonesia today and, in parallel, to the World Wide Web, and everyone is now curious to see whether the singing skills meet Indonesian standards.

Here are the lyrics to the folding bike anthem, sung to the tune of „3 Chinese with the double bass“: 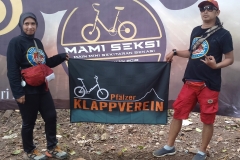 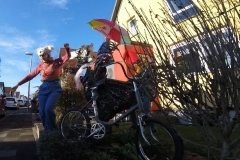 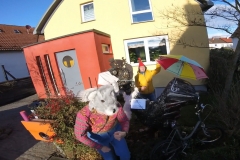 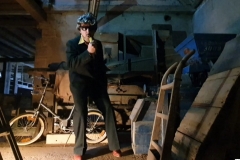 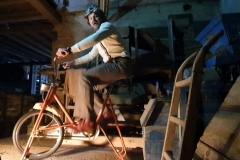 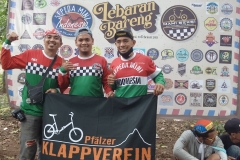 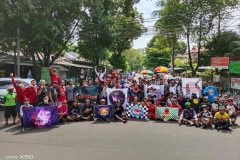 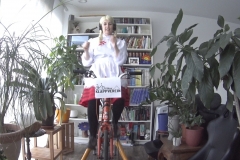 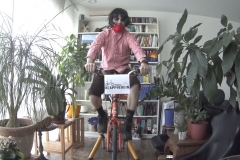 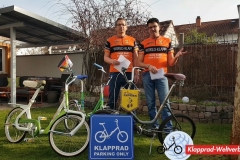 1 Kommentar zu „Pfälzer Klappverein: To New Shores In The Pacific?“